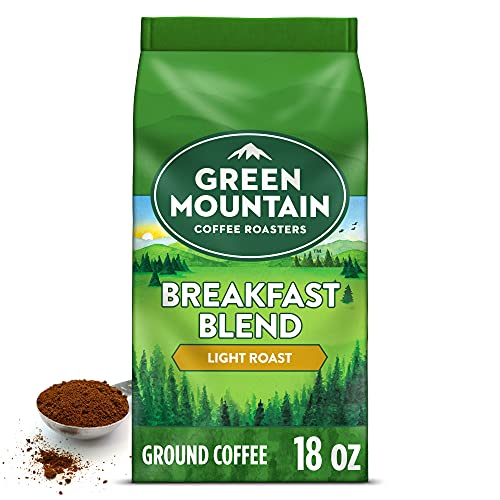 If you're the type who enjoys the television game show Jeopardy, it will come as little surprise that Green Mountain Coffees is a company rather than a type of coffee, headquartered in Vermont. Its primary raison d'etre is to distribute roasted coffee across, for the most part, the northeastern United States. It is also a licensed Fair Trade licensed importer. The full story begins in 1981 in a shop in Waitsfeld, which roasted its beans on site. Public trading got underway in 1993. But enough of the corporate basics.

Fair Trade licensees play a critical role in the coffee industry world wide. Prices paid to the farmers growing coffee in Central America, Indonesia, and Africa in the last several years have dropped by more than half. What this means, all in all, is that of the $3.50 you might spend on a latte in a gourmet coffee shop, barely two cents gets back to the farmer.

Bear in mind that small farmers produce half of the world's supply of coffee. The Fair Trade licensing organization, based in the United States, addresses the inequity. Licensed importers pay cooperatives for the coffee beans they buy. Rather than the several cents that the individual coffee farmers would get were it not for the organization, farmers selling through the cooperative earn up to five times as much as they otherwise would.

Green Mountain Coffee and the Fine Art of Roasting

To benefit the farmers, the coffee must sell well, however, and to sell well it must be roasted well. The direction Green Mountain took after that first local shop was not more local shops but roasting equipment. Its corporate success owes as much to its ethics–a strong stress on giving back to the community, significant donations of funds and volunteer time to charitable organizations, and community action programs–as to its understanding of the process involved in turning green beans into gourmet roasts and wonderful brewed coffee.