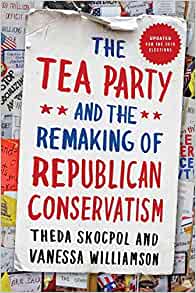 What is the foundation of American law and to what extent can the U.S. Constitution be equated with “Bible-based” legalisms? These are some of the questions being raised by conservative Americans. They formed a catalyst for the Texas school board in the spring of 2010 as it successfully amended the state history curriculum that resulted, among other things, in banishing Thomas Jefferson from a position of prominence. To further enhance Christian values allegedly identified as Bible-based in the Constitution, the same board announced September 22, 2010 that it wanted to change the pro-Islam treatment of that religion in Texas school books, at the same time promoting Christian values. But was the Constitution inspired by the Bible?

Blocking an end to the military’s “Don’t Ask Don’t Tell” policy on September 21, 2010, Republicans in the Senate demonstrated their intolerance of gays and lesbians serving in the armed services. (ABC News, September 21, 2010). The pro-family stance is also becoming part of the social agenda within the ranks of various Tea Party groups.

“Restoring America” or “Taking Back America” involves returning to the original principles of the Constitution and the faith of the Founding Fathers who believed that “…all men…are endowed by their Creator,” according to the second paragraph of the Declaration of Independence. According to some conservatives views influencing, for example, the actions of the Texas school board, there is a distinct link between both documents. That link provides the justification for a Bible-based interpretation of the Constitution.

At the core of these views is the traditional American family. This fundamental unit, according to these views, was assailed in the 1960s and has been under attack by liberals ever since. Members of evangelical Christian groups, in particular, point to Bible passages that condemn homosexuality such as Leviticus 18.22 which refers to the lifestyle as an abomination.

Other Bible Prohibitions that are Conveniently Ignored

The same Old Testament book allows for the possession of slaves (Leviticus 25.44). In Exodus 35.2, a person who breaks the Sabbath by working can be put to death. In Colonial days and even into the 19th Century, Sabbath breaking was a serious matter. Will conservative Republicans ever object to meeting in their Capitol chambers on a Sunday? According to Leviticus 19.19, farmers may not plant two different crops in the same field. Does that mean the Agriculture Committee will pass a bill banning such practices?

The examples are many. Those political leaders that seek to return to a time in American history when most Americans were Bible literate face an impossible task. Until the mid-20th Century, the Bible was read and studied in public school classrooms. Unless the Supreme Court overturns the various precedent cases upholding the separation of church and state, it will never happen. Additionally, many Americans today are Bible illiterate.

Religion of the Founding Fathers

Many of the Founding Fathers were Deists. The passages used by some conservatives in the Declaration of Independence were written by Thomas Jefferson. According to Yale historian Jaroslav Pelikan, Thomas Jefferson was heavily influenced by Joseph Priestley’s Socrates and Jesus Compared. Jefferson’s own scholarship on the “historical Jesus” rejected all miracles as well as the Virgin birth and resurrection. By the standards of contemporary evangelical political conservatism, Jefferson could not possibly have been “born again” yet they use his writings to justify their assumptions.

University of Colorado historian Colin Goodykoontz, writing in May 1954, relates that when Ben Franklin suggested daily prayers at the start of the Constitutional Convention, he was rejected, Alexander Hamilton allegedly commenting that there was no need for “foreign aid.” Instead, the Founding Fathers turned to history. Goodykoontz’s essay, titled “The Founding Fathers and Clio,” was published in the Pacific Historical Review.

Promoting a Bible-Based Culture on an Alleged Historical Foundation

Sarah Posner, writing in The Nation (“Tea Party Values”, September 21, 2010), states that the Bible-based agenda is based on “Christian Reconstructionism.” At its essence is the notion of government ordained by God and sounds eerily like the early 17th Century Puritan theocracy.

Sharron Angle, the Tea Party supported Republican Senate candidate in Nevada, has said that federal entitlement programs violate the First Amendment. According to Slate (August 18, 2010), in matters of religion, she “often edges into the prophetic.” The same article discusses Christian Reconstructionism, concluding that Christians who follow this view believe that they are living in the final millennium and charged with preparing a world ready to receive Christ at his second coming.

Ironically, Christian Reconstructionism is completely rejected theologically by most of the evangelical political right, who follow a Dispensational view of the return of Christ. For these Christians, the world will grow more evil until the appearance of the Biblical Anti-Christ occurs.

The Founding Fathers were Correct in Separating Church and State

Although some might argue that interpretations of the First Amendment’s “establishment clause” may be taken too far, there was wisdom in providing a barometer that kept distinct faith traditions from forcing their particular Biblical interpretations on the majority. This is more true in contemporary America where religious diversity forms a rich tapestry of faith.